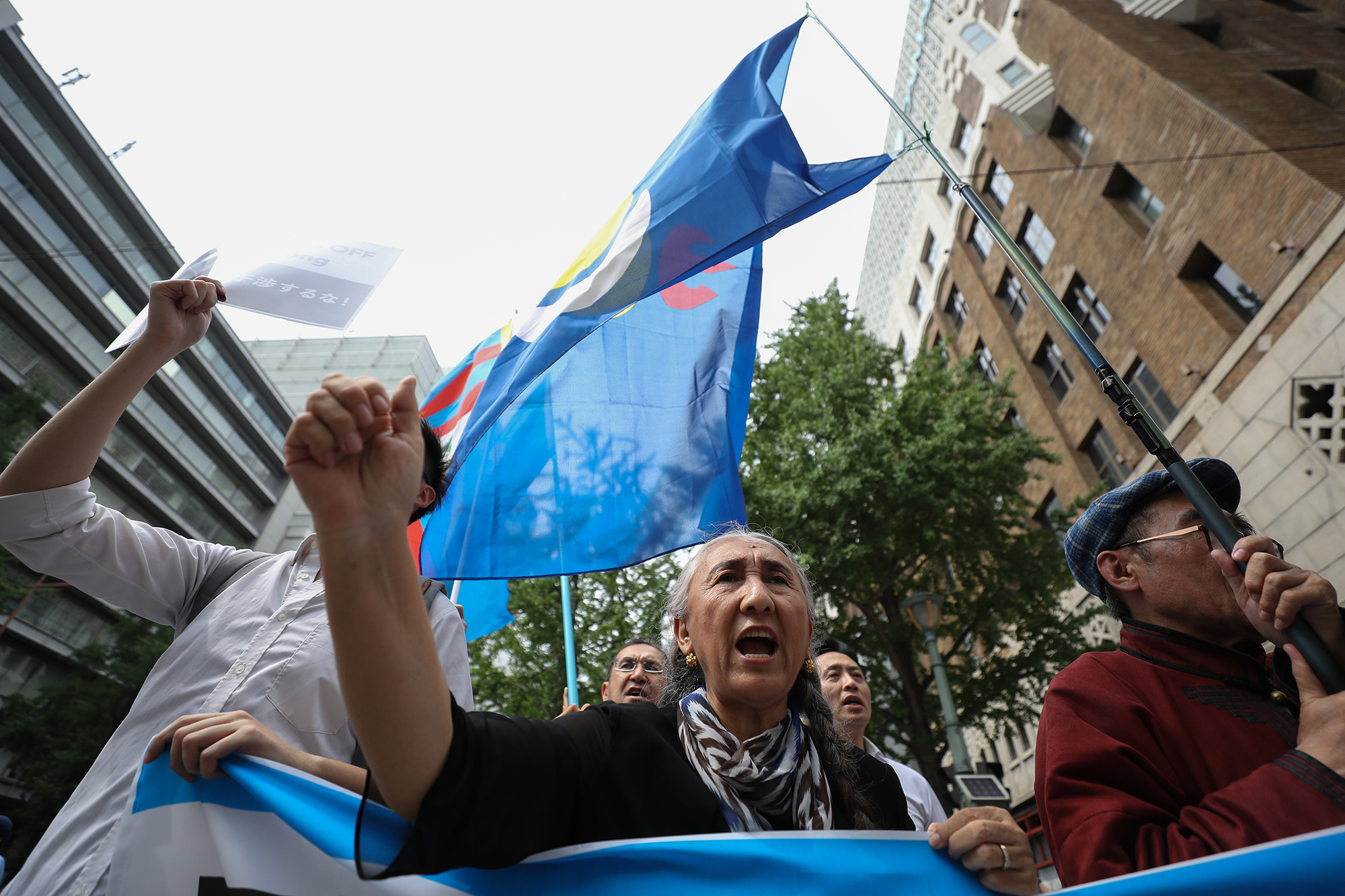 The World Uyghur Congress accused the International Olympic Committee (IOC) of ignoring an ethics complaint it filed last year to move the 2022 Winter Games out of Beijing due to China’s alleged human rights abuses against Uyghur Muslims and other minorities.

Former United Nations Secretary-General Ban Ki-moon, who serves as chair of the IOC’s Ethics Commission, is now being asked to either review and rule on the complaint or appoint someone who will.

The World Uyghur Congress initially filed the complaint last August, which presented “evidence of genocide and crimes against humanity taking place against the Uyghur and other Turkic Muslims by the People’s Republic of China.”

Michael Polak, a London-based human rights lawyer who represents the World Uyghur Congress, said that the IOC has not responded to the complaint, instead referencing a statement about “political non-interference” by IOC President Thomas Bach, who is a subject of the complaint.

“I was shocked at the scant response to our original lengthy and evidence-based complaint, which was to simply refer us back to the IOC Executive Committee, the very subject of our ethical complaint,” Polak said Friday.

Several Republican lawmakers have pressured the Biden administration to either boycott the games in Beijing or lobby the IOC to move them elsewhere.

White House press secretary Jen Psaki said last week that a “final decision” on how to handle the 2022 Olympics has not been made, and that they are looking to the U.S. Olympic Committee for guidance.

On the last day of Trump’s presidency, his administration declared China’s treatment of Uyghur Muslims a “genocide.”

Other countries have followed suit, with Canada and the Dutch parliament passing motions last month that label the treatment of Uyghurs a genocide.

China denies that any human rights abuses are taking place in its Xinjiang province, saying that its policies are in place to combat radicalism.

World Uyghur Congress President Dolkun Isa disagrees, saying that the IOC must take action before the 2022 Olympics start in 11 months.

“The IOC can no longer hide behind ‘political neutrality’ to justify its decision to host the games in a country that is currently committing genocide and crimes against humanity,” Dolkun said Friday. “Real people are suffering from these crimes every day and the Olympics and the sponsors risk being forever tainted with the intense suffering of my people.”

The Republican governor of Georgia stepped up his attack on Major League Baseball on Saturday, over its decision to pull its All-Star Game from the state in response to a…

Zeus of Twitter or mouse of Mar-a-Lago? Republicans court Trump in Florida

The bulk of the RNC’s spring retreat took place a 10-minute drive south of Trump’s club, at Palm Beach’s Four Seasons resort. There, around 360 donors mingled poolside at the…

Prince Charles offered a heartfelt tribute to his “dear Papa,” on Saturday, the same day Buckingham Palace officials shared details of a royal funeral planned for next week. The Prince…

I’ve always picked up my dog’s droppings with bittersweet feelings. There’s the gratification of doing the right thing, and the guilt for contributing to plastic waste. This was eased somewhat…

Two things are certain in life: death and the internet. With so many day-to-day functions, tasks and memories now taking place online, the question of what will become of your…

NASA is preparing to fly the Ingenuity helicopter on Mars, in an otherworldly Wright brothers moment

Durant: ‘How good can I be’ after movie ending?

TMC MP Derek O’Brien on Saturday asserted that his party will win the assembly polls in West Bengal and send out a message to the BJP, saying while…

Masters 2021: Saturday weather expected to be part of the opposing force

Vaccine-makers around the world face shortages of vital components including large plastic growbags, according to the head of the firm that is manufacturing a quarter of the UK’s jab supply.…