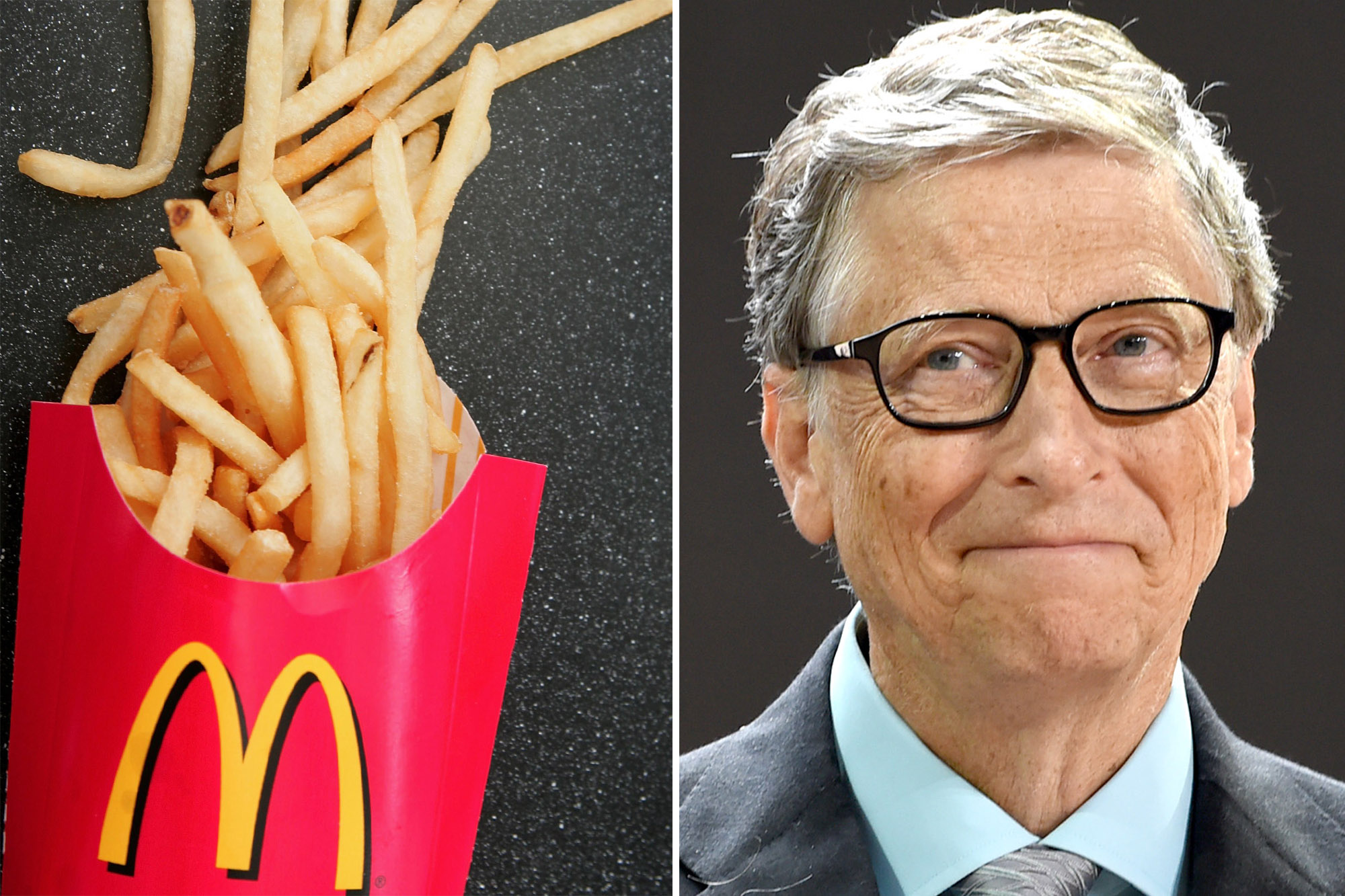 Next time you savor a McDonald’s french fry, remember to thank Bill Gates for the tasty spud.

As reported in The Post, the soon-to-be single computer magnate happens to own more farmland than anyone else in the United States. Known for loving fast food – though his burger of choice comes from the Washington-based chainlet Burgermaster – Gates, according to NBC, grows potatoes for McDonald’s in fields so vast they can be scoped from outer space.

Though Gates has focused his energies on saving our climate, he has made clear that the tater patches are strictly money-making operations.

“My investment group chose to do this,” stated Farmer Bill during an AMA on Reddit. “It is not connected to climate.”

Considering that Gates is said to own 269,000 acres of fertile land in 18 states, it’s easy to imagine him keeping track of it all on some souped-up series of spreadsheets. If so, gangs of divorce lawyers — including some who worked on the Jeff Bezos bust-up — have surely been scrutinizing the potato haul. Gates, the fourth-richest person in the world, married his impending ex, Melinda, without a prenuptial agreement, so they will be splitting property via a so-called “separation contract.”

No word on whether or not she will soon reign as McDonald’s potato queen.