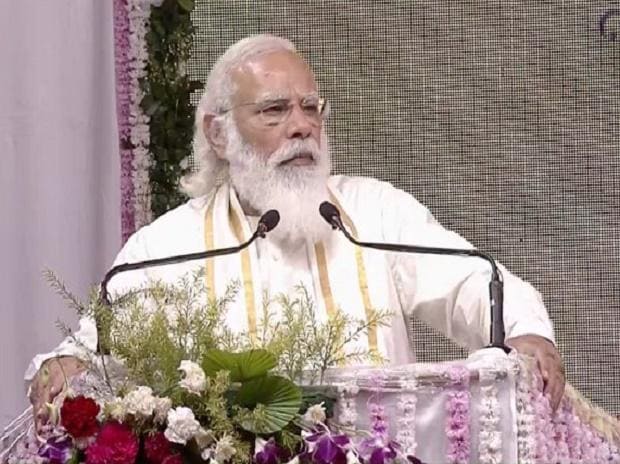 Prime Minister Narendra Modi will visit poll-bound Tamil Nadu and Puducherry today to inaugurate and lay the foundation stone of various development initiatives, including key power projects in Tamil Nadu. This will be his second visit to Tamil Nadu in less than two weeks, which is gearing for assembly elections.


Here are details of 2021 Assembly election campaigns for today


Tamil Nadu election 2021 campaign: Prime Minister Narendra Modi will dedicate to the nation and lay the foundation stone for multiple infrastructure projects worth over Rs 12,400 crore in Coimbatore, where BJP enjoys a good vote bank. It may be noted, BJP joined hands with ruling AIADMK in Tamil Nadu for the upcoming election.


During his visit, the PM will dedicate to the nation the Neyveli New Thermal Power Project and the 709 MW Solar Power Project of NLCIL. He will lay the foundation stone of the extension, renovation and modernisation of Lower Bhavani Project System.


Puducherry election 2021 campaign: In the poll-bound Puducherry, the Prime Minister will lay the foundation stone for 4-laning of NH 45-A 56 km Sattanathapuram-Nagapattinam package of Villupuram to Nagapattinam project covering Karaikal district.He will also lay the foundation stone of the Medical College Building at Karaikal New Campus — Phase I, Karaikal District (JIPMER). He will inaugurate the Blood Centre at Jawaharlal Institute of Postgraduate Medical Education & Research (JIPMER), Puducherry and the reconstructed Heritage Marie Building.


Menawhile, President Ram Nath Kovind has accepted the resignation of Puducherry Chief Minister V Narayanasamy and his council of ministers.


According to media reports, Puducherry is headed for President’s Rule.


West Bengal election 2021 campaign: Bharatiya Janata Party President JP Nadda, ho is on a visit to West Bengal, will launch Lokkho Sonar Bangla manifesto crowdsourcing campaign in Kolkata, West Bengal months ahead of the Assembly polls today. Through the move, the BJP aims to reach all constituencies in West Bengal to prepare its manifesto for the state election.


Meanwhile, AIMIM Chief Asaduddin Owaisi was scheduled to kick off his party’s poll campaign in West Bengal today with a rally in minority-dominated Metiabruz area of the city. However, the rally stands cancelled, as of now, as the party could not get police clearance. Owaisi, who after AIMIM’s good show in the 2020 Bihar assembly poll announced that it would contest the Bengal election.

Prosecutors in the case of Ghislaine Maxwell have defended a late expansion of charges against her, saying it became necessary because a woman spoke after the Briton’s arrest about abuse…

Holed up in offices in the cavernous Eisenhower Executive Office Building, top White House economic officials are combing through reams of data from the dramatic emergency measures deployed to address…

DMX fans are celebrating the late rapper’s funny bone. The 50-year-old, gravel-voiced musician, who died Friday following an April 2 heart attack triggered by a drug overdose, showed off his…

I’ve always picked up my dog’s droppings with bittersweet feelings. There’s the gratification of doing the right thing, and the guilt for contributing to plastic waste. This was eased somewhat…

Two things are certain in life: death and the internet. With so many day-to-day functions, tasks and memories now taking place online, the question of what will become of your…

NASA is preparing to fly the Ingenuity helicopter on Mars, in an otherworldly Wright brothers moment

EC should be held responsible for Cooch Behar killings: Chidambaram

Vaccine-makers around the world face shortages of vital components including large plastic growbags, according to the head of the firm that is manufacturing a quarter of the UK’s jab supply.…